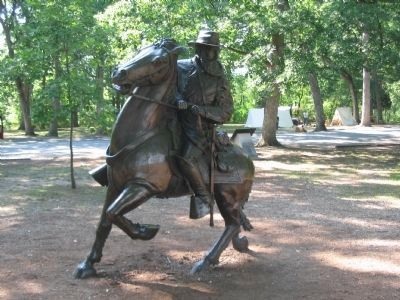 Myth: The number of hooves in the air on a statue of a horse tells us how its rider died

In my research for this list I was very surprised to come across this myth – I, like many others, had always believed it to be true! The idea is that when a statue of a horse has one foot in the air, his rider was wounded in battle but survived. If he has two hooves in the air the rider was killed, and if he has none in the air, the rider survived. While this is a myth – interestingly it does seem to apply to the majority of statues relating to Gettysburg equestrians though not James Longstreet who was not wounded but his statue does have one leg raised (pictured above).