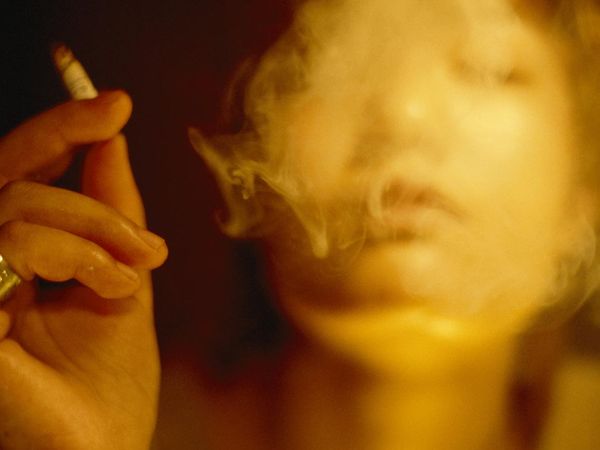 A young woman exhales cigarette smoke in Shanghai, China. The People’s Republic of China is both the world’s largest producer and largest consumer of tobacco, which has led to an impending cancer epidemic in the most populous country on Earth.

Cancer is a disease that begins as a renegade human cell over which the body has lost control. In order for the body and its organs to function properly, cell growth needs to be strictly regulated. Cancer cells, however, continue to divide and multiply at their own speed, forming abnormal lumps, or tumors. An estimated 6.7 million people currently die from cancer every year.

Not all cancers are natural-born killers. Some tumors are referred to as benign because they don’t spread elsewhere in the body. But cells of malignant tumors do invade other tissues and will continue to spread if left untreated, often leading to secondary cancers.

Cancers can start in almost any body cell, due to damage or defects in genes involved in cell division. Mutations build up over time, which is why people tend to develop cancer later in life. What actually triggers these cell changes remains unclear, but diet, lifestyle, viral infections, exposure to radiation or harmful chemicals, and inherited genes are among factors thought to affect a person’s risk of cancer.

Lung cancer is the world’s most killing cancer. It claims about 1.2 million victims a year. Most of those victims are smokers, who inhale cancer-causing substances called carcinogens with every puff. Experts say around 90 percent of lung cancer cases are due to tobacco smoking.

Breast cancer now accounts for almost one in four cancers diagnosed in women. Studies suggest the genes you inherit can affect the chances of developing the illness. A woman with an affected mother or sister is about twice as likely to develop breast cancer as a woman with no family history of the disease. Lifestyle may also have an influence, particularly in Western countries where many women are having children later. Women who first give birth after the age of 30 are thought to have a three times greater risk of breast cancer than those who became mothers in their teens.

There are also stark geographic differences, with incidence rates varying by as much as thirtyfold between regions. In much of Asia and South and Central America, for example, cervix cancer is the most deadly in females. However, in North America and Europe another kind of gynecological cancer, ovarian cancer, is a more serious threat.

Among males, southern and eastern Africa record the second and third highest rates of oesophageal, or gullet, cancer after China, but western and central regions of Africa have the lowest incidence in the world. Differences in diet may explain this.

Nevertheless, the reasons why many cancers develop remain elusive. Brain cancer, leukemia (blood cancer), and lymphoma (cancer of the lymph glands) are among types that still mystify scientists.

Even so, future cancer cases are predicted to climb, since the world’s population is aging. The proportion of people over age 60 is expected to more than double by 2050, rising from 10 percent to 22 percent. This will add an estimated 4.7 million to the cancer death toll by 2030. 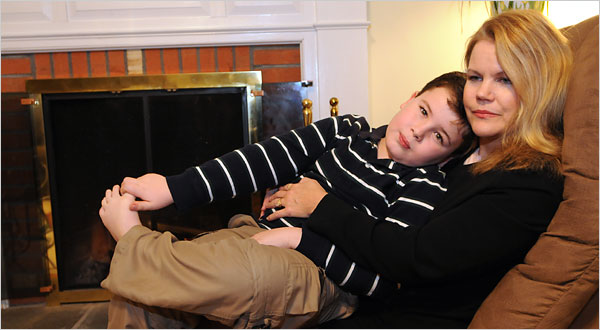 Diarrhea causes one in five child deaths across the world but getting important vaccines to Africa and Asia could help save many lives, two U.N. agencies said on Wednesday.

Some 1.5 million children die each year from diarrhea, — more than AIDS, malaria, and measles combined — yet only 39 percent of children with diarrhea in developing countries get the right treatment, the World Health Organization and the United Nations children’s fund UNICEF said in a report.

Vaccinations against rotavirus, the leading cause of severe gastroenteritis with vomiting and diarrhea in babies and children, as well as better sanitation and proper rehydration treatment would help solve the problem, they said.

Rotavirus causes around 40 percent of hospital admissions from diarrhea in children under five worldwide, according to the report, and vaccination against it has recently been recommended for all national immunization programs.

Only a few, mostly developed and richer nations include rotavirus vaccine in routine childhood immunization programs, but the WHO has been working to make two vaccines — Rotateq from Merck & Co and Rotarix from GlaxoSmithKline — more widely available in developing countries.

“Accelerating its introduction in Africa and Asia, where the rotavirus burden is greatest, needs to become an international priority,” said the report.

It also said two mainstays of diarrhea treatment — zinc supplements and low-osmolarity oral rehydration salts — are still hard to come by in many poorer countries.

“We know what works to reduce child deaths from diarrhea and what actions will make a lasting reduction in the burden of diarrhea,” Tessa Wardlaw of UNICEF and Elizabeth Mason of the WHO said in a commentary in The Lancet medical journal. 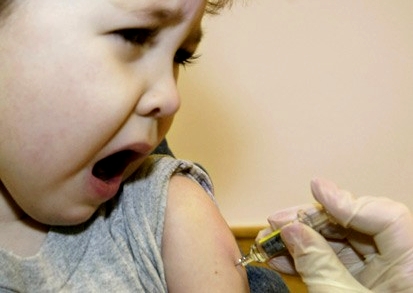 Vaccination against bacterial infections using vaccines readily available in developed countries could save the lives of thousands of children with sickle-cell anemia in Africa, researchers said on Thursday.

Tom Williams, an expert in tropical diseases from the Kenya Medical Research Institute (KEMRI), said 90 percent of children born with sickle-cell anemia in Africa die before they are diagnosed and can get treatment, and half of those lives could be saved if sufferers were protected from bacterial infections.

“The problem here in Africa is that there is hardly anyone doing any screening,” Williams said. “So, as a result, most of the children in Africa who are born with sickle-cell anemia are dead before they are even diagnosed.”

In a study conducted in rural Kenya and published in the Lancet medical journal, Williams and colleagues at the KEMRI/Wellcome Trust program in Kilifi screened almost 40,000 admissions to hospital and identified 2,000 cases of bacterial infection.

While in the general population fewer than three in 1,000 children were found to have sickle cell anemia, this figure increased more than 20-fold — to more than 60 per 1,000 — for children admitted to hospital with bacterial infections.

Sickle-cell anemia affects millions of people worldwide, but more than 80 percent of cases are in Africa, where around 200,000 children are born with the disease every year.

It is a genetic disease in which red blood cells deform into a sickle shape and cluster, blocking blood flow and causing pain, vulnerability to infections and organ damage.

The findings confirm that, just as in richer nations, African children with sickle-cell anemia are at huge risk of bacterial infections because the disease hampers blood flow and causes episodes of acute anemia, Williams said.

Vaccines against both — a pneumococcal vaccine and another called Hib — are given routinely in the United States and Europe, but have been slow getting to Africa because funds have largely been focused on other priorities.

Dan Thomas of the Global Alliance for Vaccines and Immunization (GAVI) in Geneva, said his group provides the Hib vaccine, which is made by a range of drug companies, to 35 African nations as part of a 5-in-1 shot.