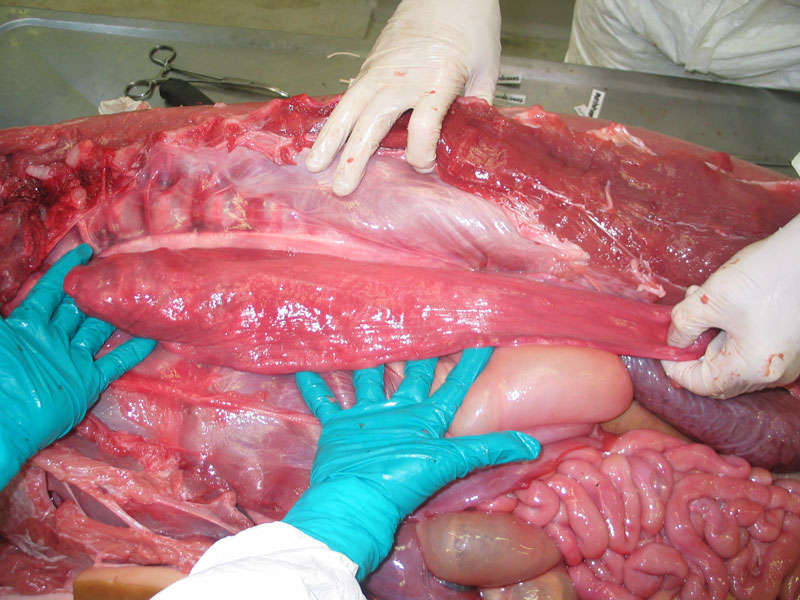 The lung or pulmonary system is the essential respiration organ in air-breathing animals, including most tetrapods, a few fish and a few snails. In mammals and the more complex life forms, the two lungs are located in the chest on either side of the heart. Their principal function is to transport oxygen from the atmosphere into the bloodstream, and to release carbon dioxide from the bloodstream into the atmosphere. This exchange of gases is accomplished in the mosaic of specialized cells that form millions of tiny, exceptionally thin-walled air sacs called alveoli.

In order to completely explain the anatomy of the lungs, it is necessary to discuss the passage of air through the mouth to the alveoli. Once air progresses through the mouth or nose, it travels through the oropharynx, nasopharynx, the larynx, the trachea, and a progressively subdividing system of bronchi and bronchioles until it finally reaches the alveoli where the gas exchange of carbon dioxide and oxygen takes place.

The drawing and expulsion of air (ventilation) is driven by muscular action; in early tetrapods, air was driven into the lungs by the pharyngeal muscles, whereas in reptiles, birds and mammals a more complicated musculoskeletal system is used.

lung surgery during the operation