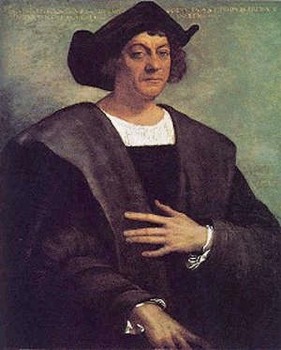 Myth: Christopher Columbus discovered that the world was round

This is a very old myth that is surprisingly believed by millions of people. What we are told is that the Genoese Columbus’ peers doomed his trip to failure because they thought he would fall off the edge of the earth. Now – this was in the 1490s but man has known the earth was round since the idea was first put forth by Pythagorus 2,000 years before Spain even existed. Columbus did fail to reach his original destination, but in so doing he discovered the Americas. Not a bad end to a failed journey really. The round earth theory was so well established that the navigational methods at the time were all based on the fact that the earth was round.

Interesting Fact: At the age of 53, Columbus returned to Spain from the Americas and was promptly arrested with his two brothers for the atrocities he had committed. They remained in jail for six weeks before the King finally released them and restored their wealth and property. Columbus believed that his explorations to the New World would result in the beginning of the Last Judgement of man.